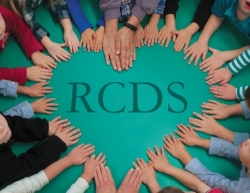 The Rumson Country Day School (rcds.org) is a independent, non-sectarian, coeducational school specializing in nursery through grade eight. The school enrolls students who work in small classes with superior programs in academics, athletics and the arts. Students are guided by a family of mentors who recognize strengths, nurture skills and empower confident children to be curious about the world around them. RCDS offers half-day and extended day Nursery programs and full-day and Pre-K and Kindergarten. RCDS has been recognized as a “Blue Ribbon School of Excellence” by the U. S. Department of Education since 1999.