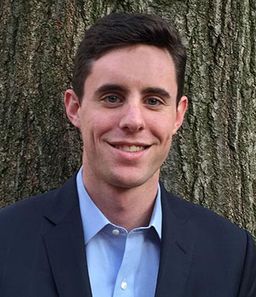 2016 - Last month, Evan Soltas '07 learned that he has been chosen to attend Oxford University as a Rhodes Scholar. Soltas was among 869 applicants from 316 colleges and universities. The scholarship, awarded to only 32 recipients and valued at $50,000 per year, covers all expenses for two or three years of study at the university in England starting in October.

Evan graduated from The Rumson Country Day School in June of 2007 and attended secondary school at the Marine Academy of Science and Technology in Sandy Hook before transferring to Phillips Exeter Academy in New Hampshire.  He is currently a senior at Princeton University and plans to study statistics and machine learning at Oxford.

"My time at RCDS prepared me well for many academic challenges down the road,” Evan told RCDS. “Discussing and revising essay drafts with my teachers was time well spent, for example, because when I reached high school, I was one of the most adept writers, a skill that I now use professionally as a contributing writer to several publications.

Evan is Rumson Country Day’s second known Rhodes Scholar; he joins Jonathan D. Blake ’52 in this prestigious honor. When asked about any lessons learned or skills that he acquired during his RCDS days that aided him with secondary school and at Princeton, Evan shared, “The most important and lasting lesson I learned at RCDS was not so much how to do basic algebra or write a short essay – although those skills matter – but rather the importance of intellectual curiosity. It was at RCDS that I became excited to learn, and that has stuck with me all the way from high school onto Oxford, and I expect through the rest of my life."

RCDS Upper School Head Bill Lamb considered Evan’s time as a student at RCDS and concurred with Evan’s self-reflection: “Obviously, Evan is a highly intelligent and highly motivated young man. But, most importantly, he is one of the most intellectually engaged people you will ever meet. He loves to learn and has an insatiable thirst - not just for facts, but for problems and their solutions.”

Evan was kind enough to note a number of inspiring teachers whom he encountered during his time at our school.  “I remember fondly many of my favorite teachers at RCDS: Jacqueline Bradford and Sylvia Tagliareni in French, Cindy Fahay and Susan Wheeler in English, Jeff Garside in science, Jane Denny and Tom Scott in history, Allison Isherwood in art, Geoff Harrison and Larry Landman in math. I like to think I carry with me a little bit of all of their wisdom."

Being a Rhodes Scholar isn't just about being a good student, it's about being a good person. At RCDS, we pride ourselves on educating the whole child and instilling a passion for Vitae Disce - our school motto, meaning "Learn for Life." Everyone at RCDS could not be more proud of Evan and this outstanding accomplishment. The School wishes him all the best as he continues his life-long educational journey at Oxford next fall.